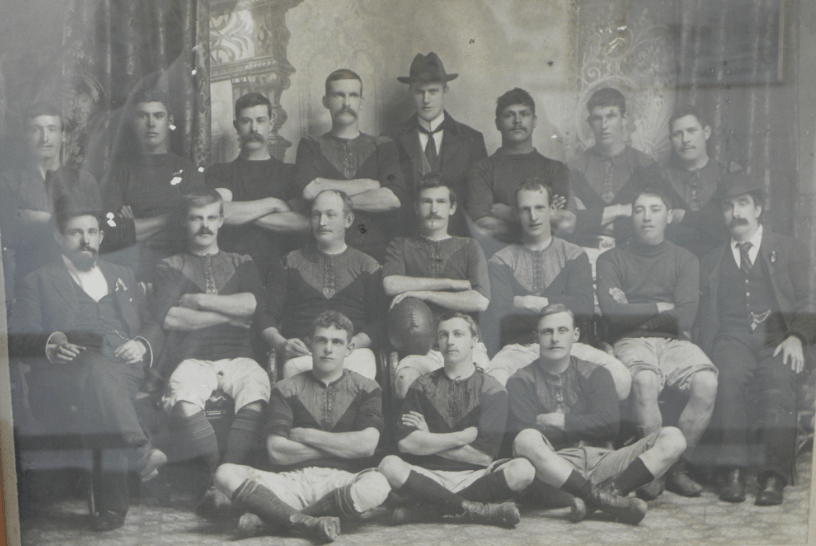 Horowhenua Kapiti Rugby Union acknowledges the information made available to us from the research of Clive Akers in his book “In Jacobs Shadow” which was published to celebrate the Centennial History of the Horowhenua Rugby Union in 1993.

Horowhenua was one of the later regions of New Zealand to be settled by the Europeans, the dense bush and swamps being uninviting to early pioneers. Our district extends from the Manawatu River in the north to Paekakariki in the south. In 1878 it was recorded that our region had a population of 670 Maori and 200 Europeans.

Foxton Rugby Club is the oldest “existing club” within the HKRFU but it was many years before Foxton made links with our Union. Formed in 1880 Foxton has its first contacts with the Manawatu. Foxton joined the HKRFU in 1898 – 1904 but it was not a permanent affiliated club until 1911.

The earliest club formed within the Horowhenua itself was the Te Horo Club in 1889. In 1890 Poroutawhao, Ohau and Otaki established clubs. At Paiaka the flaxmillers had a team in 1889 and became the Kereru Club in 1892. Shannon and Manukau formed in 1892. By 1893 Ohau had faded and the remaining players joined in the formation of a new ‘Levin Club’.

The Horowhenua Rugby Union was formed after a meeting at Manakau on April 29, 1893 – two days after the first AGM of the New Zealand RFU. The Union was admitted to the NZRFU in June of this year.

Recent News
Login to HKRFU
Reset Password
Enter the username or e-mail you used in your profile. A password reset link will be sent to you by email.