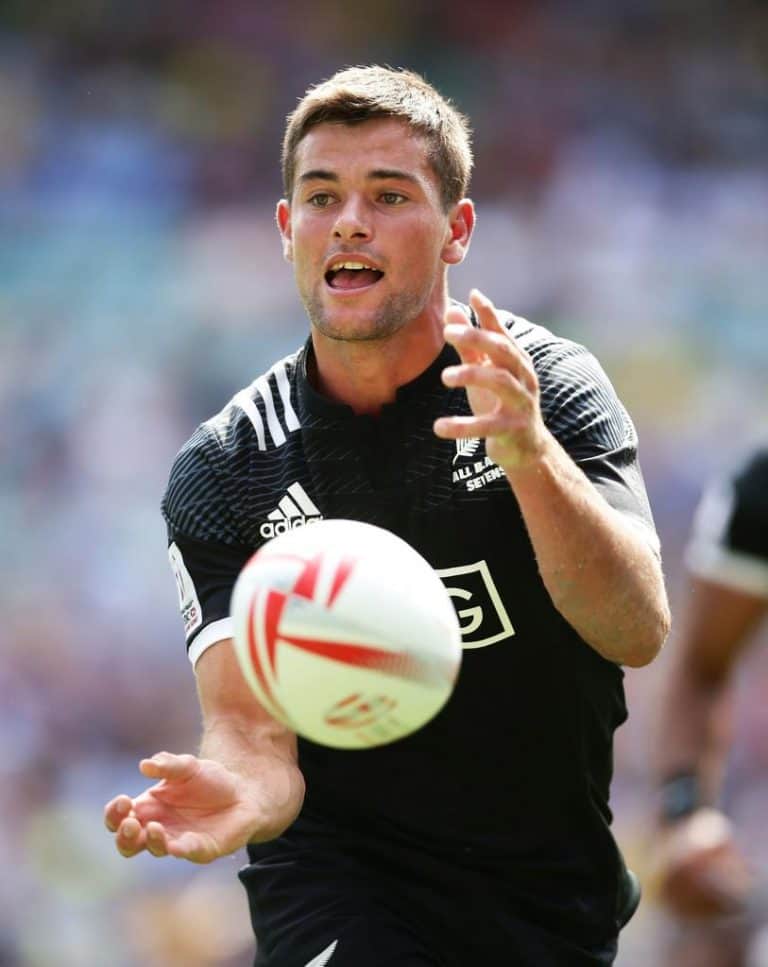 Andrew Knewstubb has just experienced some of the best weeks of his life. Leading Tasman to the Plate Final led to a call up to the NZ 7’s training camp. Stubby must’ve wondered if the day could get any better, it did when he was named Player of the Tournament at the National Sevens. He went in to camp with an open mind about what could happen and gained selection into the 14-man squad for the Wellington Sevens, a tournament which he was once a ball boy at. Despite not taking the field, Stubby enjoyed the experience and was selected in the squad for the Sydney Sevens last weekend. He made his debut and now has a couple of days off before getting back into training where he hopes to make the squad for the Las Vegas and Vancouver legs of the HSBC World Sevens Series. We were fortunate to catch up with Stubby this afternoon after he returned from Sydney yesterday.

Where did you play your Junior Rugby and when did you start playing?

“I started off playing my Junior Rugby for Waikanae when I was 5 or 6. I couldn’t wait to start and got into it as soon as I could. Back then it was two hand touch so it was something pretty different.”

Which HK Representative Teams did you play for and what did you enjoy most about playing for an HK Rep team?

“My first rep team was the HK Primary Schools team, and also played for the U14/U15, U16, U18 and HK 7’s team. The thing I loved about playing rep rugby was that quite often you were playing with your best mates who you had played against during the year. You’d give them as much stick as you could on the field but when we all played reps, it was completely different. It was also cool to play in different places like Levin. I used to fizz up for those games.”

When did you decide that rugby was the path that you wanted to take?

“Right from day one, it’s something I’ve always wanted to do. My mind was set on becoming a rugby player ever since I can remember.”

How did it feel to get called up to the NZ 7’s squad?

“It was pretty unreal. They told me I was invited to the training camp, then later that day I got named Player of the Tournament at Nationals so everything was happening pretty quickly. I went to camp and they picked the squad on the last day of camp and I was stoked to be named. It wasn’t until I ran out there that it finally sunk in.”

How tough are the trainings? Tomasi Cama said you’re the fittest player in camp. Any truth to this?

“They track us with GPS devices and I think it was just because I was busting a gut and I wanted to do everything I could to make the squad. I was definitely blowing and it’s some of the hardest training I’ve ever done. Luckily there was no spew but I was battling a bit.”

What do you think makes a good 7’s player and have you got any advice for youngsters?

“Fitness is number one without a doubt. Everything you do is based around how fit you are. I think confidence is probably the next most important. Having confidence to back yourself to create things even when you’re knackered is crucial.”