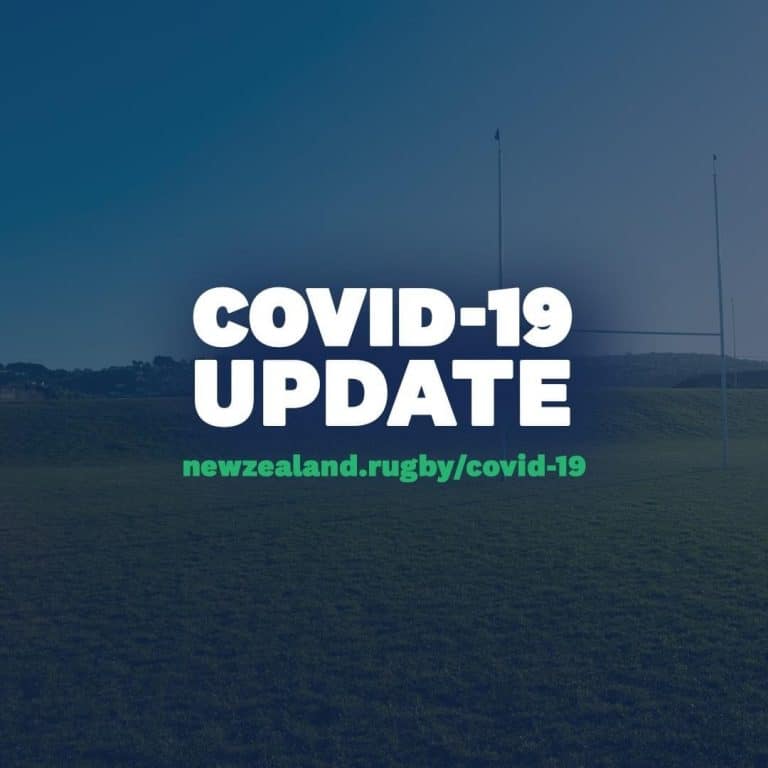 Bunnings Warehouse NPC, Farah Palmer Cup (FPC) and Heartland Championship matches, as well as all community and school rugby this weekend has once again, been cancelled or postponed due to COVID-19 restrictions, New Zealand Rugby (NZR) has announced.

The New Zealand Schools Rugby Union (NZSRU) has also made the difficult decision to cancel the Barbarians National Secondary School Championships Top 4 tournament, which has fallen victim to COVID-19 related disruptions for the second consecutive year.

NZR General Manager Community Rugby Steve Lancaster said cancelling all rugby across the country this weekend was the only responsible option.
“It’s disappointing once again to have to keep our participants on the side-lines, but it’s the right thing to do under the circumstances.

“Although some parts of the country may be in a position to play on Saturday, teams would not have been able to train for two weeks which potentially creates player welfare issues. Clubs and schools would not have adequate time from midnight Friday to prepare to host games within government guidelines, so we will wait another week and hopefully rugby can play it’s part in helping the country stamp out this outbreak.

“We share the disappointment of players, fans and other stakeholders and know it’s especially tough for the secondary schools involved in the Top 4 tournament, which provides such a great finale to the first XV season.”

The Government plans to review Alert Levels on Friday 27 August and Lancaster said NZR would wait until then to make any decisions on rescheduling the latest round of Bunnings NPC, FPC and Heartland Championship matches.

“Everyone wants to be able to play the full schedule and that remains our goal. No decisions have been made, so we will pause and see what the Government says on Friday and make some calls from there.”

The latest delays mean the start of the Bunnings Warehouse Heartland Championship is now two weeks behind schedule, while the Bunnings NPC has competed two rounds, and the FPC presented by Bunnings six and seven rounds in the Championship and Premiership divisions respectively.

All rugby in New Zealand this weekend cancelled or postponed

COVID-19 and Return to Rugby under Alert Level 2