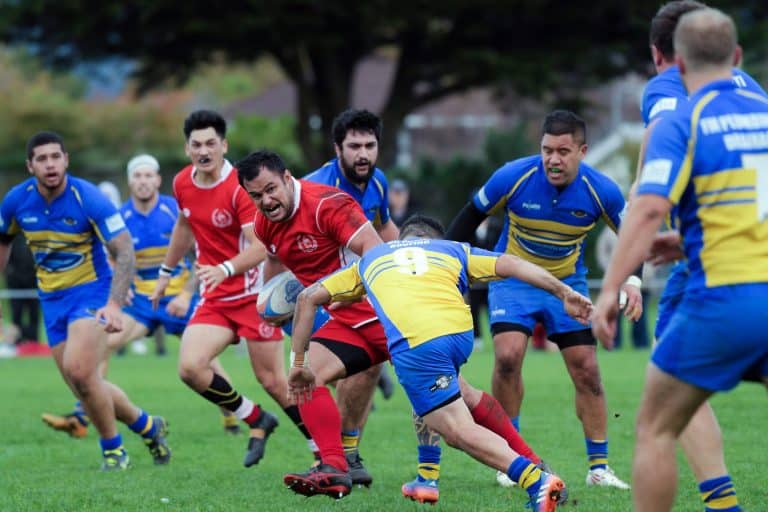 It’s crunch time for the semi-finalists of the Horowhenua Kapiti Club Rugby Premier and Senior Reserve grades, as a date at the big dance awaits.

The HKRFU Premier Club Rugby Competition has seen a resurgent Toa side finish top of the ladder, as they aim to scoop their second piece of silverware for the season after winning the Nash Cup. Toa will host Levin College Old Boys at Te Atiawa Park. Levin College Old Boys clinched their semi-final spot with a comprehensive 48-7 win over Shannon. Toa Premier coach, Ritchie Wineera, was pleased to reach the semi-finals and knows the quality of the competition is strong. “We are humbled to finish the regular season on top of the ladder but know the job isn’t done. As a club, we realise this year’s competition is very strong and know any team in the top 4 can take it out.”

“A positive we can take from Athletic defaulting this week is that we are now looking forward to going into the semi-finals with fresh bodies. Good luck to all teams involved next weekend,” Wineera said.

In the second Premier semi-final, Waikanae will host Rahui at Waikanae Park. The fixture will be the first Premier semi-final for Rahui since they won the 2011 Premier Championship. Waikanae held of Paraparaumu 16-13 to secure a home semi-final while Rahui will also take momentum in to the game, coming off a 30-17 win against Foxton.

The 7-team HKRFU Senior Reserve Club Rugby competition has been hotly contested this year and with just the one-round, teams have been scrapping it out for a place in the semi-finals. Levin College Old Boys host Rahui at the Levin Domain in the first semi-final while Foxton host Paraparaumu in the other Senior Reserve semi-final at Easton Park.

The semi-finals on 21st July kick-off at 1pm for the Senior Reserve grade and 2:45pm.