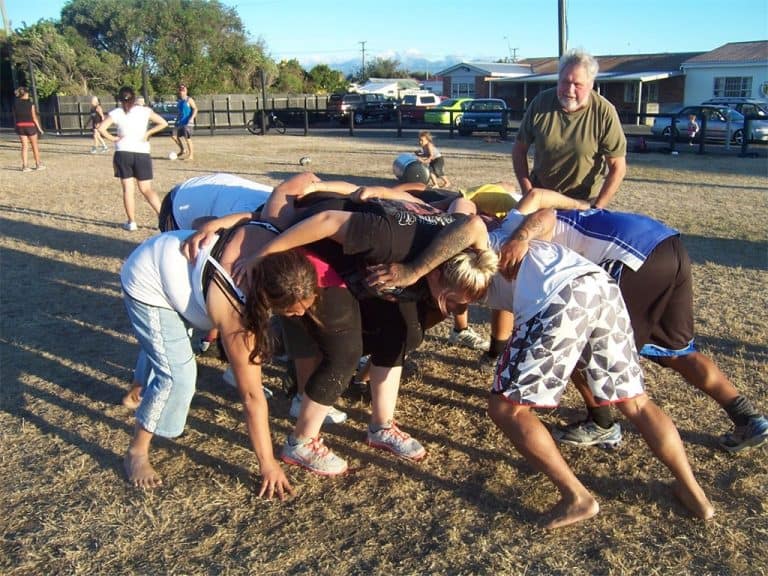 Foxton Rugby Club for the first time ever is very close to fielding a Woman’s team for the 2013
Manawatu competition. With over eighteen enthusiastic players signed up its going to be an exciting
season ahead. The team have been doing pre season running as a group, as well as training on Monday
and Wednesday nights. John Duthie said “these are a great bunch of women who are new to the game
but really keen to get involved, they are training hard and we are confident that they will do well.”

John Duthie, life member of the club is presently training this team, with having six championships for
Foxton under his belt, won two premierships two years in a row and coached the Manawatu Under 20’s
for two years, these women couldn’t ask for a better start. The team is also being supported by Jared
Tuoro NZRFU Coach Development Manager. The first game is being planned against Linton Army
Woman’s Rugby Team and will be well advertised once finalised.

This year Foxton Rugby Club is proud to be fielding five junior rugby teams, three senior teams, a
woman’s team and netball. The Club are on the way to a fantastic season.

Rugby is a great way to meet people and have great fun. Players are still needed. Woman’s training is
Monday and Wednesday at 6pm at Easton Park, State Highway One, Foxton. Enquires can be made to
Sierra Taiaroa or Sarai Pilkington (06) 362 7947 or John Duthie 06 368 3878.