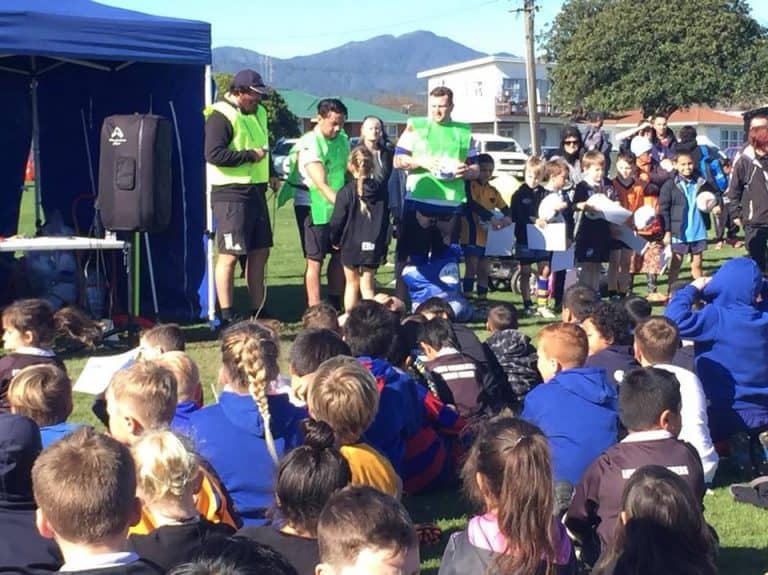 What an awesome day it was on Saturday at the HK Junior RugbyFest. To have close to a thousand Junior Rugby players running around Playford Park was a fantastic sight and well done to all players and teams for being part of the day.

A big thank you must also go to the parents, team coaches and managers and all supporters who ensure that our young players can take the field each week and enjoy themselves.

We also had the 2017 HK Heartland squad help out on the day, a massive thank you to those guys, some of whom travelled quite some distance to help out and mix and mingle with our younger players! Their 2017 Mitre 10 Heartland Championship season kicks off on 26th August v North Otago in Levin and they’d love to see you there!

Check out some of the pics from the Prizegiving, where a player from each team was awarded the FAIRPLAY Player of the Year for demonstrating acts of fair play and sportsmanship throughout the year.