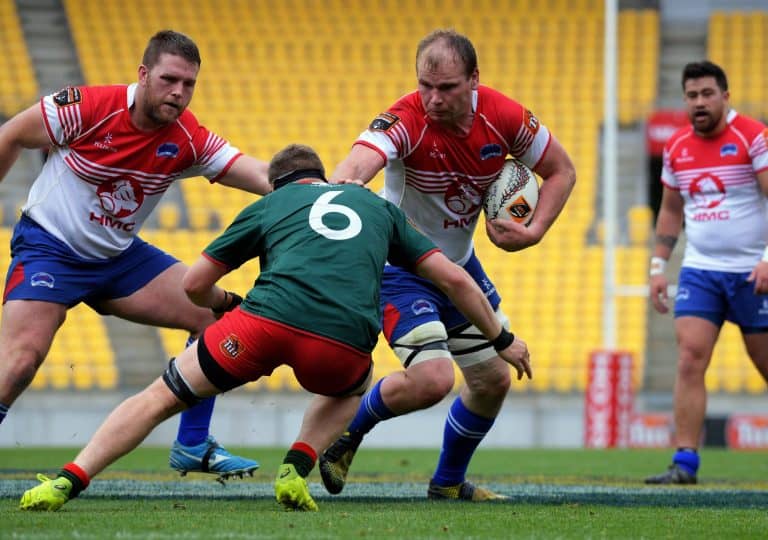 The celebrations kick-off on Thursday night 26th April with the Hurricanes wider squad taking on the Sunwolves wider squad at the Levin Domain. The Sunwolves Super Rugby side will be bringing over their full squad for their Friday fixture against the ‘Canes’ in Wellington so this will be a great opportunity to see Super Rugby players in action on the Levin Domain. Some Horowhenua Kapiti players will also be offered a spot in the ‘Canes’ line-up for the Thursday night fixture which will be great to have players from the ‘Nua’ pulling on a Hurricanes jersey.

Next up on the calendar is Saturday May 5th where Horowhenua Kapiti play local Heartland rivals Wairarapa Bush at Westpac Stadium in Wellington. The game will be a curtain-raiser to the Hurricanes v Lions Super Rugby fixture and a great chance for our Heartland squad to stay connected and build momentum towards their season. There will be no club rugby on 5th May, giving all clubs, players and supporters a chance to head along and support our team.

Queen’s Birthday, Monday 4th June, sees Horowhenua Kapiti play a Wellington XV at the Levin Domain. This will be a great opportunity for the public to watch some quality rugby and support the ‘Nua’ before the players return to club rugby for the remainder of June and July.

The Heartland squad have an extended pre-season in 2018 with a game on Saturday 4th August (opposition to be confirmed), 11th August v Manawatu Development and finishing their campaign preparations with a pre-season tour from 17th – 19th August. The Mitre 10 Heartland Championship kicks-off for Horowhenua Kapiti in Foxton on August 25th where Foxton RFC host Mid Canterbury at Easton Park. The next home game for Horowhenua Kapiti will be at Westpac Stadium on Sunday 9th September against South Canterbury as a curtain-raiser to the Wellington v North Harbour Mitre 10 Cup fixture.

With a Heartland game in Foxton and Levin, the Heartland Nua on Tour continues with the last home game being hosted by Paraparaumu RFC. At the Paraparaumu Domain, Horowhenua Kapiti play King Country on 29th September to round off the Heartland 125th Celebrations.

The Horowhenua Kapiti Rugby Union are also hosting the Southern North Island Primary Schools Rugby Tournament at Otaki Domain from Monday 1st October through to Friday 5th October. The Horowhenua Kapiti Primary Schools team came very close to winning this tournament last year so will be looking to go one better at home in 2018, while coach Slade Sturmey was awarded the Paul Wehipeihana Memorial Trophy for Best and Fairest Coach.

Make sure you mark down these dates in your diary, it’s going to be a massive year for rugby in Horowhenua Kapiti.