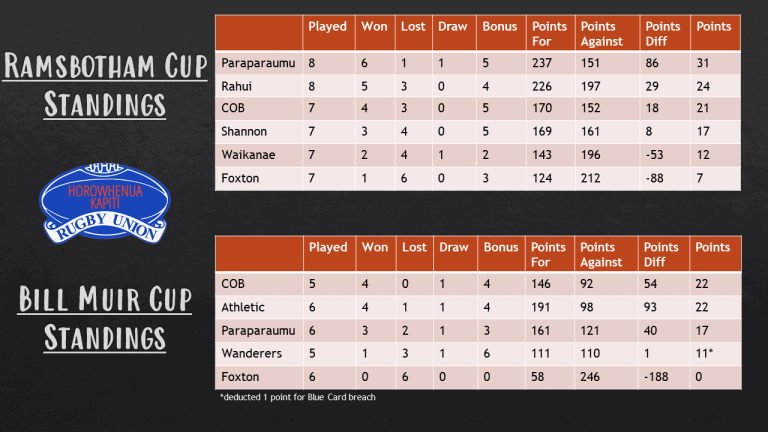 Check out the updated standings attached.

COB and Athletic are equal on points and drew their first game, but COB are ranked higher due to number of 4-try bonus points.

All the best to everyone involved in this weekend’s games!