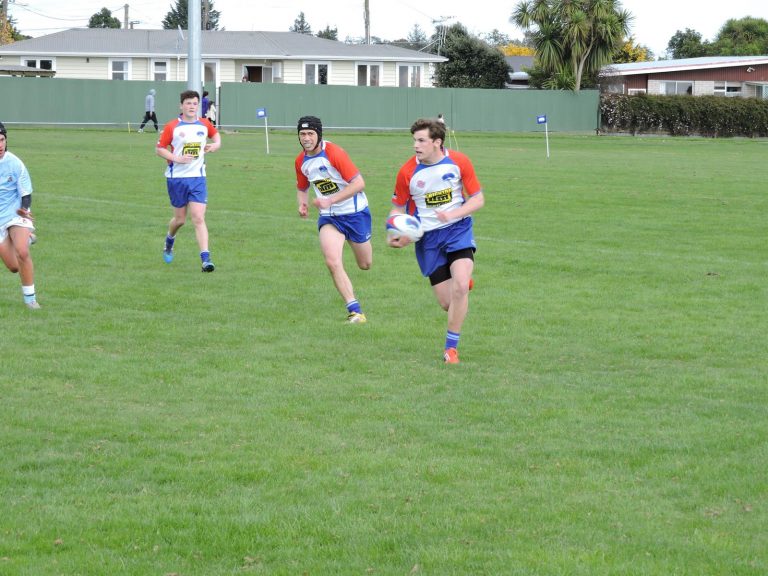 What a fantastic three days of rugby we saw last week when
Horowhenua Kapiti hosted the Hurricanes Youth Council U16 Tournament at
Playford Park in Levin.

Horowhenua Kapiti started their campaign with a loss to
Wellington Development 23-5 in a pre-tournament game a few weeks ago. They
built from this loss and beat Wairarapa Bush on Monday 37-24. Tuesday’s game v
East Coast was a friendly game in a cross-over between the two pools.
Horowhenua Kapiti put in a solid performance to run away with it 62-10. This
put our boys into 2nd place in their pool, only behind Wellington
Development, and meant they would play Hawkes Bay Development for what was
effectively 3rd v 4th in Division B. Another awesome
effort from our boys lead to a 39-0 win over Hawkes Bay Development which put
them 3rd overall in Division B. Wellington Development won Division
B after beating Wanganui in the final.

Wellington A took out Division A, the deciding game of this
Division being the Wellington v Hawkes Bay game on Tuesday. Wellington were
leading by one point with time up on the clock. Hawkes Bay won a penalty and
opted to kick for goal, with the kick missing and Wellington winning by one
point.

The Tournament Dinner was held on Tuesday night and we were
lucky enough to be joined by our guest speakers from the Hurricanes, Hugh Renton
and Christian Lloyd. Hugh had played at the U16’s tournament in 2012 so it was
pleasing that he was able to share his experiences and show his pathway into
the Hurricanes, giving the U16 players something to aspire to.

Lastly, a big thank you to all who made this tournament
possible!
Check out the pics in the Galleries section to re-live some of the action over the three days.