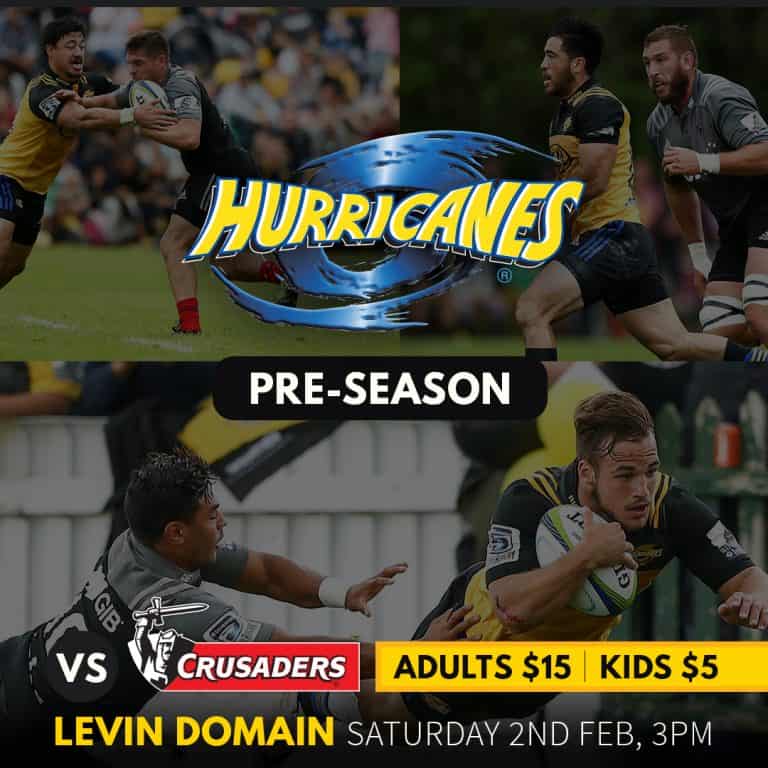 The Hurricanes will head out to their heartland fans in February when they play their first 2019 pre-season match against the defending Super Rugby champion Crusaders.

The match, which will be played at the Levin Domain on Saturday, February 2, will be the first Hurricanes fixture the Horowhenua-Kapiti Rugby Football Union has hosted since 2014 when more than 6500 fans crammed into the domain.

Kennett said there would be plenty of fans in the region who would have their fingers crossed that two its favourite sons – Hurricanes captain Dane Coles and Crusaders hooker Codie Taylor – could be hosted at the match.

“It will also be fantastic for the community to have Carlos Spencer back in his new job as Hurricanes assistant coach,” Kennett added.

“There are a lot of people here who are really pleased to see Carlos in Hurricanes colours and I’m sure he will love being at home, too.”

“I know how much all of our players and our management staff enjoy being in Horowhenua-Kapiti and how well we are received and treated,” he said.

“We really make a conscious effort to get out to our fans right around the Hurricanes region and we’re pleased we can deliver this in Levin.”

Tickets for the pre-season match will go on sale on Wednesday, November 7 and are priced at $15 for adults and just $5 for children.

Those tickets will be available from www.ticketdirect.co.nz 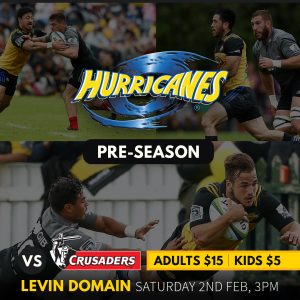