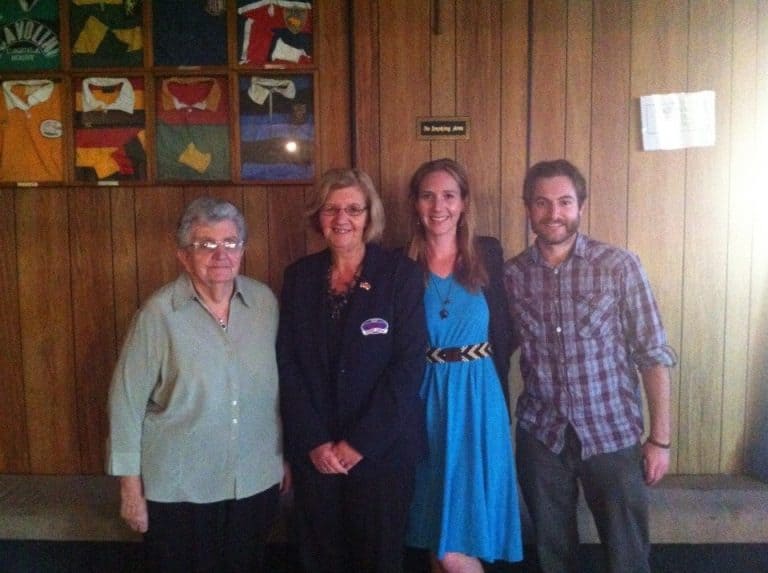 At the HKRFU Annual General Meeting held last night at Athletic RFC Life membership was awarded to long time servant and Director on the HKRFU Board Kathy Grey. Kathy’s daughter Aleisha commented on her mums passion for rugby and remembers going to numerous rugby fixtures and events over the years.

Kathy has been involved in rugby for around 25 years, since the late 1980s.  She started with the first 15 at Horowhenua college, and then onto the Horowhenua Kapiti RFU in the mid 1990’s.

Kathy has given incredible service to Secondary Schools Rugby in Horowhenua Kapiti. In that time;

·         Kathy has been involved with Horowhenua College with various roles & teams

·         Kathy also sits on the HKRFU rugby committee as the delegate for the Secondary Schools.

·         Currently a director on the HKRFU Board whom she is one of only 3 women on a board of directors for a rugby union in NZ.

Along with her many roles Kathy will always find the time to help out on Heartland game days and other fixtures and events the Union have organised. She was also involved in the running and organisation of

In 2005, she was chosen to feature in the Paul Holmes ‘People’s News Conference’.  She flew to Dunedin for a few nights, stayed at the AB’s hotel, played pool and had dinner with them, interviewed Doug Howlett, Tana Umaga and Graham Henry.  Was spurred on to apply after Holmes said on air ‘Come on women, you don’t do enough for rugby.

Kathy is the 4th recipient to receive Life Membership in the past 3 years (2011-John Williams, 2012- Rex Kerr & Brian Moore). She is the 37th Life Member and the very first female to receive the honour.

Levin Looking to show the Love