Sunwolves and Canes set to light up Levin Domain

Sunwolves and Canes set to light up Levin Domain

The Hurricanes return to the Levin Domain on April 26th when their wider squad takes on the wider squad of the Sunwolves Super Rugby side.

The 5:30pm kick-off, with free entry, sets the scene for a family night out where the Hurricanes wider squad have this season fielded Super Rugby players and All Blacks such as young dynamic hooker Asafo Aumua and tighthead prop Jeffery Toomaga-Allen.

The Hurricanes wider squad playing the Sunwolves in Levin is another event on the 125th Anniversary calendar for the Horowhenua Kapiti Rugby Union. Horowhenua Kapiti Rugby Union Community Rugby Manager, Aleni Feagaiga, is excited about the talent coming to play. “This game will be good chance to check out some future Hurricanes and talent in the Hurricanes system coming through. The Sunwolves are bringing their full Super Rugby squad to New Zealand so they will have a lot of wider squad playing and will be pretty close to a Japan ‘A’ team. The quality of rugby that night will be right up there.” 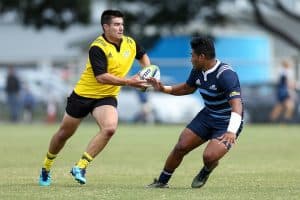 Horowhenua Kapiti Rugby Union Chief Executive Officer, Corey Kennett, is pleased to be able to showcase the Hurricanes squad to the community. “There will be several Hurricanes players who have had limited minutes this season or are returning from injury who will be targeting this game to come back to. We know our rugby community are huge fans of the Hurricanes and this will be another opportunity to see them in action.”