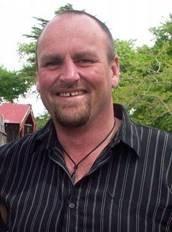 Chris Wilton has been named Head Coach of the Horowhenua Kapiti Heartland Championship team for the 2016 season. Chris has been an Assistant Coach of the team for the past two seasons, and replaces Jared Tanira who did not seek re-appointment for 2016.

Horowhenua Kapiti Rugby Union Chief Executive Officer, Corey Kennett, stated that there were several great candidates that applied for the role but Chris was the outstanding candidate. Kennett stated, “Chris has coached in the ‘Nua for a number of years, including stints as Head coach for the Horowhenua Kapiti U18’s, U20’s, RDO team and most recently as an Assistant Coach for two years of the Heartland team. Chris is an IRB Level 3 coach, and brings a great wealth of experience, knowledge and passion to the role. I congratulate Chris on his appointment, Chris has been involved with our representative system for a long time so it is very pleasing to see him obtain the Heartland Head Coach role”.

Being appointed Heartland Head Coach was a proud moment for Chris. “To be able to lead the Horowhenua Kapiti Heartland team forward is a challenge that I’m really excited about. It is an honour to be appointed into the role, it has been something that I’ve wanted to achieve for a long time.”

Kennett  thanked 2015 Head Coach Jared Tanira for his service over the past seven years, three years as Assistant Coach and four years as Head Coach. “The Horowhenua Kapiti Rugby Union would like to thank Jared for his many years of service to the Heartland team. We wish Jared all the best for his future coaching endeavours.”

Hurricanes are coming to town!!!