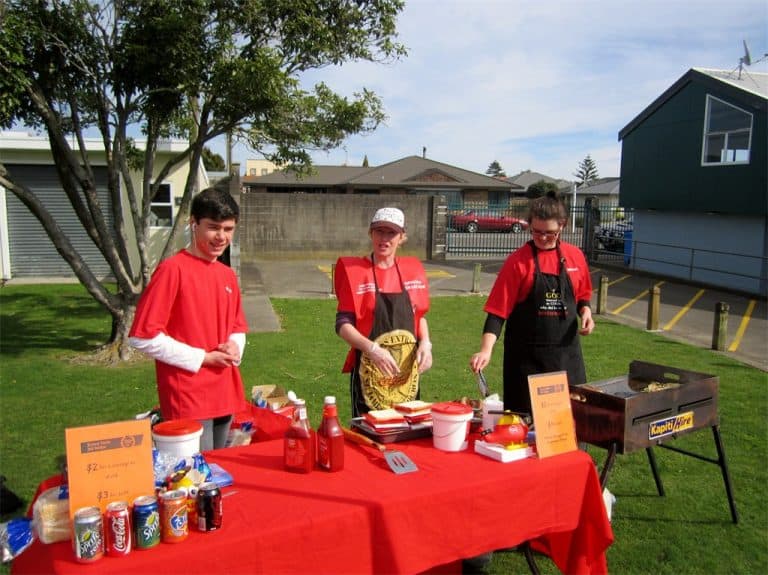 A big crowd gathered at the Levin Domain to watch the Annual local derby clash between Horowhenua College and Waiopehu College on Saturday 1st September. This year the Westpac Bank were involved raising money for the Westpac Rescue Chopper.

The challenge was laid out right from the start with both schools performing their Haka. It was a tight tussle in the first 40 minutes before Waiopehu scored tries to their centre George Macdonald to go into the break with the lead. Horowhenua hit back with a try of their own to their number 8 Sebastian Lomax early in the 2nd half to closed the score to 13-8. Horowhenua came close to taking the lead but just couldnt get there. A yellow card was handed out just before fulltime. With time on clock all but gone Waiopehu’s last attack saw replacement winger Kale Hirini-Hopa score in the corner to make the final score 18-8. Waiopehu captain and year 13 student Matthew Nicholson who was playing his last game in the school colours was given the last conversion attempt which was unsuccessful.

Waiopehu finished a brilliant year retaining the Westpac trophy for another year. Earlier in the year Waiopehu won the Super 6 shield for the first time and more recently held off Palmerston Boys High U16 to win the Premier 2 grade in the Manawatu Secondary School Competition.

Westpac Bank manager Clinton Grimstone said he was very happy with the day and looked forward to doing it all agin next year.

With only the Rosebowl clash (Kapiti College vs Paraparaumu College) remaining on the Secondary school calendar attention now turns to the representative age grade sides.