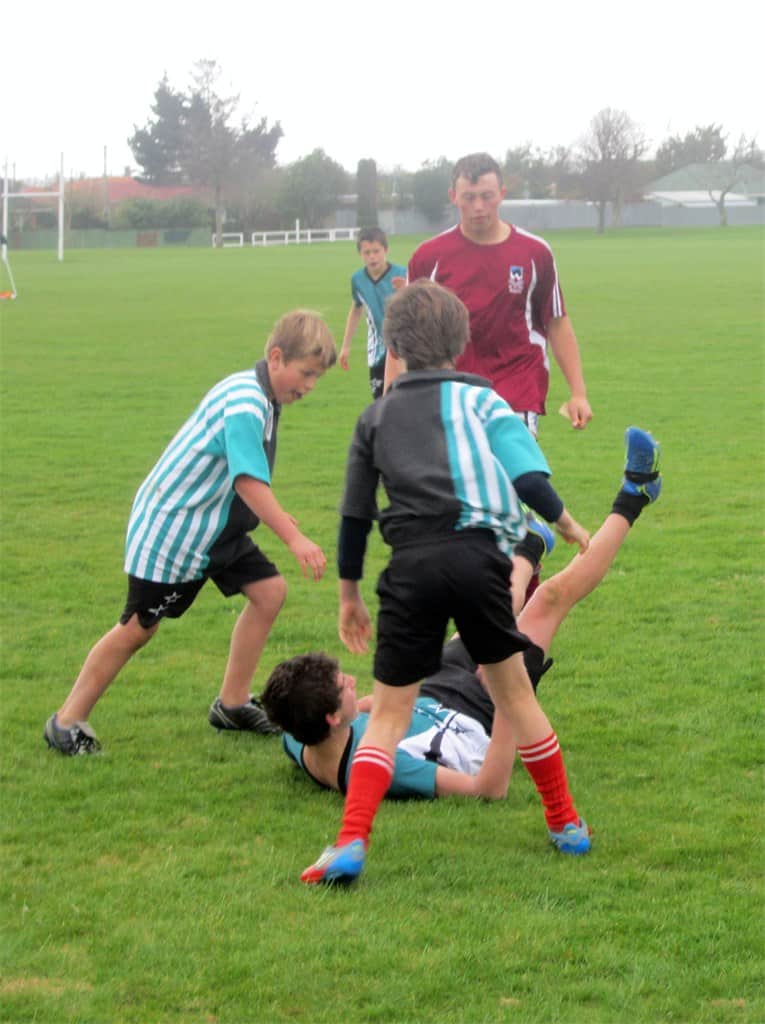 On an overcast and windy day 9 primary school teams from the Levin area took part in a Sevens Rugby Tournament at Playfor Park. There were 3 teams playing in the year 5/6 grade (Levin, North and Fairfield School) and 6 teams in the year 7/8 grade (Taitoko, Fairfield, x2 Ohau and x2 Levin Intermediate). Five members of the Waiopehu College 1st XV were officiating the games.

The year 5/6 grade was won by Levin North holding off Fairfield 4-2. Standout player for Levin North was Jacob Fifita who scored and set up tries for his team. In the year 7/8 grade Ohau 1 ended up qualifying 1st after round robin followed by the 2 Levin Intermediate teams and Taitoko who managed to secure the last semi final spot. Ohau comfortably beat Taitoko in the 1st semi final, while the other semi final saw the 2 Intermediate teams vying off for a spot in the final. In a close match Levin Intermediate 2 ended up winning by 1 try.

The final saw 2 of the stars of the tournament play off against each other, Ohau Schools Mckenzie Tansley who had been a dominant figure during the round robin games up against Billy Fangatua who was also had a strong tournament. Both players made big plays through out the final, scoring tries,making tackles and turning the ball over. In the end the Levin intermediate team won 4-2, I was great game to finish a great day.