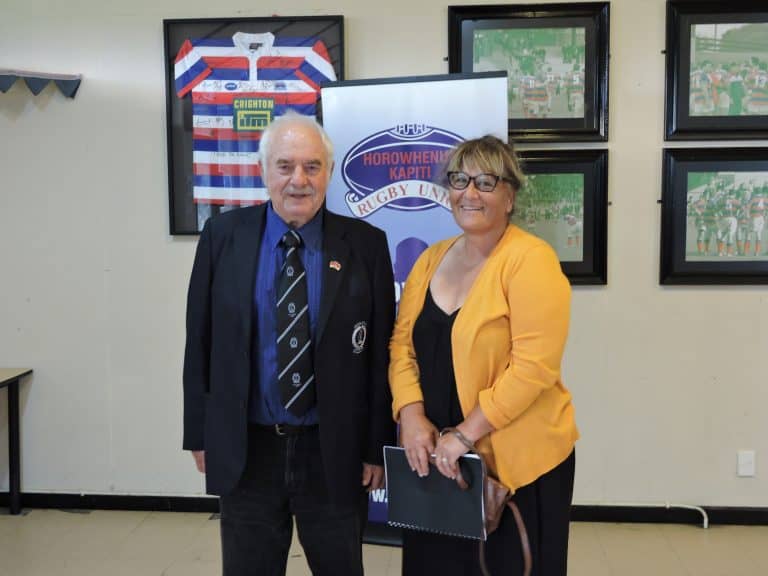 Horowhenua Kapiti Rugby Football Union Chief Executive Officer, Corey Kennett, is extremely thankful to De Castro for his service as President and as a volunteer. “I’d personally like to thank Gerald for his dedication and hard work for our Union in being both a volunteer along with holding numerous roles. Gee is one of rugby’s good buggers and we’re hugely appreciative of everything he has done for rugby in our region.”

With countless years of hard work and dedication under his belt to not only rugby, but all sport in Horowhenua, Gerald finished his term as HKRFU President after being elected in 2017 and holding the mantle until the AGM. Errol MacDonald was nominated and elected to replace Gerald.