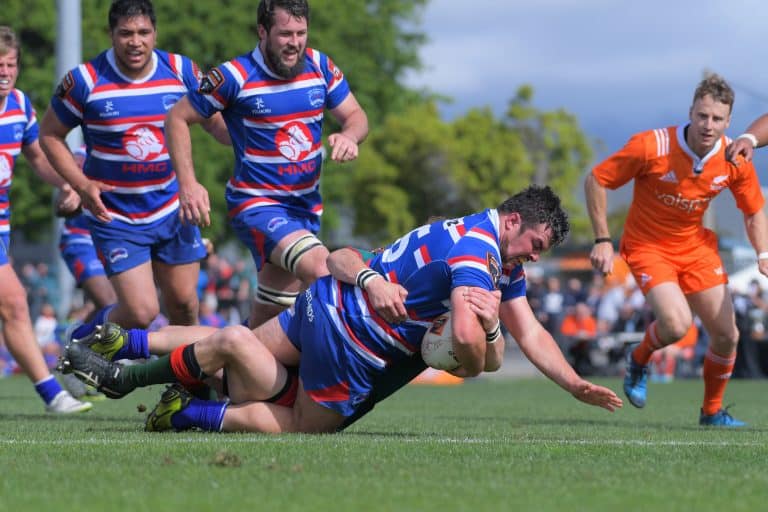 Wairarapa Bush showed why they deserved to be in the final and were every bit as tough as many had predicted. Horowhenua Kapiti had early momentum with the wind at their backs as James So’oialo plugged the corners and chipped away at the scoreboard. Openside flanker Aaron Lahmert was a standout as he pilfered ball, made some strong charges and powered over for a first half try. A dominant scrum, led by NZ Heartland XV representative Scott Cameron, put Wairarapa Bush under pressure at times before reserve hooker David McErlean crashed over with seven minutes to go to put the home side three points ahead. Horowhenua Kapiti held off a late Wairarapa Bush surge to win the Lochore Cup, 26-23.

One man who was relieved at full time was Horowhenua Kapiti coach, Chris Wilton. “I don’t think we’ve ever had a game where we’ve been comfortable,” Wilton said. “We joke about it – that it’s bad for our hearts.”
“We have won games by three points, two points – every game has been the same. We’ve been there before, but this was a bit different. Wairarapa Bush came out strong and we were a bit nervous.”

Horowhenua Kapiti Rugby Football Union Chief Executive Officer, Corey Kennett, was ecstatic about the win. “Winning a title in our 125th Anniversary year is pretty special. There were definitely some tense moments on Sunday and we’re very happy to be able to get over the line. I’m especially pleased for the guys that have been in the team for a few years and are long servants who have now won a championship.”