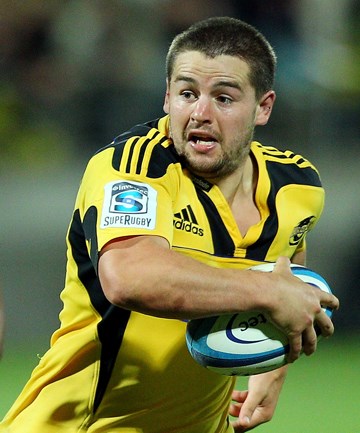 We had the chance to catch up with two of Horowhenua Kapiti’s finest. Former Paraparaumu College student & Wellington Hurricane Dane Coles and former Horowhenua College & Canterbury Crusader Codie Taylor. Both players are due to play against each other when the Super Rugby franchises go head to head in Levin on Friday 14th February. Below is the interview we had with the boys.

What is your favourite Horowhenua Kapiti Rugby moment?

CT: Just playing with all my mates from school. There was a few of us boys from Horowhenua College in the team so it was really good to have a run around with them while playing some competitive footy. My favourite Horowhenua Kapiti rugby moment would be winning the Hurricanes U18 tournament by beating Poverty Bay with a try in the final moments of the match.

DC: My favourite moment was playing for the HK Under 16s at the Hurricanes Tournament in Taranaki 2002. We made the final and narrowly lost to Wellington Development.

Do you have any pre match traditions/superstitions?

CT: Yeah, I’ve got the traditional right sock before left sock and right boot before left boot. I try and listen to a bit of music as well to try and stay relaxed.

DC: I always listen to the same song before every game, It’s One by Shape Shifter.

What has been the highlight of your rugby career?

CT: Being selected in the Crusaders team would be right up there. It was just an awesome feeling. Debuting for them and playing three games last year felt pretty special as well.

DC: Yeah, The highlight of my career so far is definitely when I debut for the All Blacks in Scotland. It was very special putting the jersey on, doing the Haka. Finally reaching what I’ve dreamed of doing. It was also special that my family and a couple of close friends were there to share the moment.

Who is the biggest joker in the team?

CT: It would have to be Izzy Dagg. He’s a bit of a clown and he’s the hard case Maori boy in the team that can make anyone laugh.

DC: Umm, it would have to be James Marshall. James always plays pranks on the boys. He will always have a lot of dirt on the boys when we get back on the bus.

What has been your favourite ground to play on?

CT: AMI Stadium. It’s our home ground and we have a pretty prestigious record at home. We feel pretty confident when we run out that we’ll get a good result.

DC: My favourite ground to play is Westpac Stadium, it’s our home ground and it’s always great to be playing in front of your family and friends.

Toughest player you have marked/played against?

CT: It’s hard to say but the player who I would love to play against would be Bismarck Du Plessis. He’s one of the world’s best hookers and he’s a bit of a beast so I’ll try and get in there and ruffle up a few feathers to put him off his game.

DC: One of the hardest player I’ve played against is Bismarck Du Plessis. He is one of the most dominant players in world rugby at the moment.

Any interests outside of rugby?

CT: I’m loving golf at the moment. A few of the boys head out on a Sunday for a hit around which also helps relax us. The Shirley club is one of our sponsors so we play a bit out there.

DC: I enjoy getting in the water. Diving, Fishing, Surfing, I enjoy all of that. My favourite spot is definitely Kapiti Island, I love it out there.

CT: We’re looking at every game being our biggest but if I was to pinpoint one it would be the Chiefs. We’ve had a big rivalry with them, especially over the past couple years, and they’re back-to-back champions as well, so beating the champs would be the biggest challenge for us.

DC: Every team will be tough, but I suppose our first 2 matches which is away in South Africa will be tough. We play the Sharks then the Bulls and it’s hard to get a win against those teams on their home ground. If we win those 2 games it will give us (Hurricanes) a good start and momentum for the rest of our games.

Who were your rugby idols growing up?

CT: Kevin Mealamu. He was the number one hooker when I was growing up and he’s good around the field and with ball in hand so he’s someone that I’ve really looked up to.

DC: Growing up I followed Christian Cullen, he was a local lad (Paekakariki) and a great player. As a young boy I use to replicate in the back yard what Christian did on the field.

What was the best piece of advice you were given as a youngster? Any advice for aspiring Horowhenua Kapiti representative rugby players?

CT: Things don’t happen by themselves so you need to have a realisation that you need to work for everything to get to where you want to be.

DC: I guess the best advice I can give to aspiring young Horowhenua Kapiti players is enjoy it (Rugby). Enjoy playing Rugby and have fun with your mates. For me the enjoyment factor is very much there.

We just want to thank the boys (Dane Coles & Codie Taylor) for taking the time out of their busy schedules to talk with us. This will be the first time they play against each other and it is a coincidence that they do it in their home province.

We wish them both the best of luck in next weeks game.