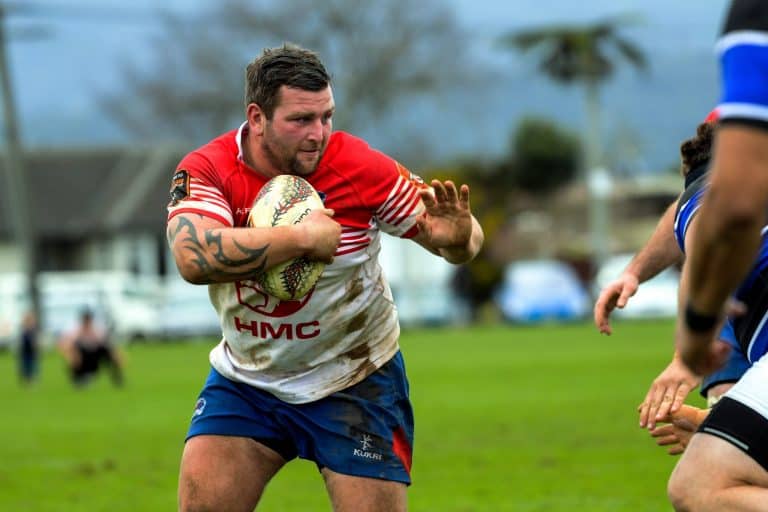 Scott Cameron has scooped the 2017 Heartland player of the year award at the NZRU ASB rugby awards held last week at the Sky City Convention centre in Auckland. Cameron faced tough competition for the award through Eric Duff from Mid Canterbury and Bryn Hudson from Wanganui, with all three nominees being members of the NZ Heartland XV in 2017. Cameron had a major part to play in the NZ Heartland XV’s recent victory over NZ Marist, scoring two tries, dominating at scrum time and carrying the ball very well.

For Horowhenua Kapiti this year, Cameron has been hugely influential player and made an impression in every match he played in. Nicknamed “Rhino”, Cameron certainly played with beast like tendencies at times and loves the confrontational
aspect of forward play, “It’s the style I like to play and the team played it well this year”.

With making the NZ Heartland team for the second consecutive year, Cameron has had a very long season that started back in February with club rugby, then followed directly by the Heartland season, and finally the NZ Heartland XV which meant his season finally finished in November. Cameron states that he has a lot of people to thank for the amazing year he has had, “Firstly, I’d like to thank my partner Aimee, she has been my major supporter through the long year, I couldn’t have done it without her. I’d like to thank my club coach, Simon Fifield, Simon has done a great job at Waikanae RFC and certainly helped my development this year. Chris Wilton, HKRFU Heartland Head Coach, has been a huge influence on my rugby pathway. I’d like to thank him for showing faith in me and including me in a great year for HK. Lastly, I’d like to thank Corey Kennett, HKRFU CEO, for his support both personally and for the team. All of the Union staff support us very well and it’s much appreciated”.