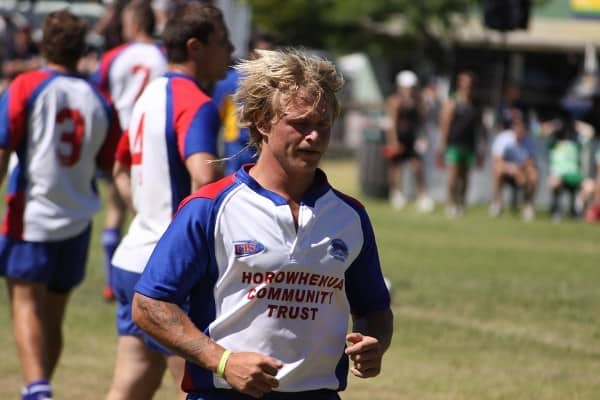 All Blacks Sevens Coach Gordon Tietjens has named a team of 12 players to take part in the first tournament of the 2012/13 HSBC Sevens World Series on the Gold Coast from October 13 -14.

This includes former Horowhenua Kapiti and Waikanae RFC and Athletic RFC player Warwick Lahmert. Congratulations on Warwick’s selection and we all wish him every success.

Tietjens said he was looking forward to taking a mix of seasoned campaigners and some exciting new talent to the Gold Coast on Monday.

“We’ve been working hard in the camp this week to come up with the right mix for the Gold Coast and I think we have a great blend of experience and new blood in this team.

“Make no mistake, this will be a tough tournament for us and we are certainly realistic about our prospects. The first outing of the series is always a time when you feel your way to an extent with new players and new combinations.

“But I know the guys have trained hard this week and even though some in the team are relatively new to sevens, I’m sure they’ll play their hearts out as always when they pull on the black jersey next week.”

Two players from the last HSBC Sevens World Series, Toby Arnold and Scott Curry, were not considered because of injury.